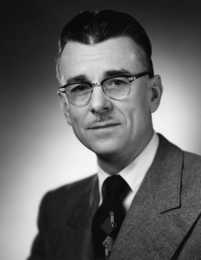 When I was a kid Cheerios were my favorite cereal, hell, I remember ~10 years back eating them at night after my wife and I would get home from bars, and I still eat them off an on to this day. Any parent is going to have a personal relationship with them since it’s one of the best first foods for infants, plus the ones that hit the floor are easily picked up by the dogs! The ‘inventor’ of Cheerios has passed on, but what a subtile legacy he left; certaining making the world a better place in his lifetime. I think it’s especially cool that he lived to 99, who knows, maybe it’s the cereal, we can only hope!

"Lester Borchardt, a Minnesota physicist who developing the technologies behind Cheerios and Kix breakfast cereals, has died at age 99. Borchardt, who died Sunday in Minneapolis, is credited with revolutionizing the breakfast cereal industry, the St. Paul Pioneer Press reported. The newspaper said Borchardt’s inventions during his 36 years at General Mills included a device that could measure the moisture content of kernels of wheat, a new way of closing cereal bags and a process for treating materials under a high vacuum. He also played a key role in developing the process to fortify milk with vitamin D. The process used an electrical charge to convert ergosterol – which is part of the membrane of fungal cells found in milk – into vitamin D.”