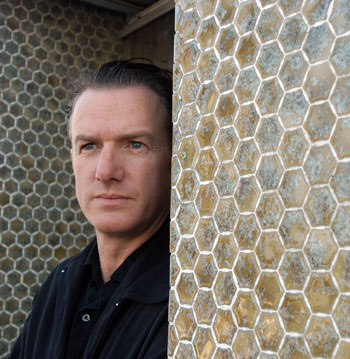 I'm still a big fan of The Birthday Party, and while I'd categorize them as punk, they were unlike any other punk band you've heard. Their raw/abrasive sound was like a jolt of electricity for me - they were bold, unique and driven. I've always explained their sound as being a mix of art school damaged compositions, layers of screeching guitars with Nick howling and caterwauling trying to keep up; truly a rock band unlike any other. After moving the band to Berlin and disbanding, Mick co-founded the Bad Seeds with Nick in late 1983. While early Bad Seeds felt like a continuation of The Birthday Party, it quickly evolved, moving from blues based rock, into a more layered, orchestrated, dramatic sound. Mick, along with the rest of the Bad Seeds, provided the baritone chorus backing Cave that became a staple of their sound. While the band has gone through many incarnations, Mick and Nick stuck with it, until this week. In his statement he explains, "_For a variety of personal and professional reasons I have chosen to discontinue my ongoing involvement with Nick Cave And The Bad Seeds. After 25 years I feel I am leaving the band as it experiences one of its many peaks; in very healthy condition and with fantastic prospects for the future. I'm confident Nick will continue to be a creative force and that this is the right time to pass on my artistic and managerial role to what has become a tremendous group of people who can support him in his endeavors, both musically and organizationally_."

You can learn more about Mick’s other work as a producer, solo artist and collaborator, with folks such as PJ Harvey (unrelated), on his Wikipedia page. If you want to hear some of his work I’d recommend starting with Nick Cave and the Bad Seeds “Murder Ballads” or “The Boatman’s Call” (which contains “Lime Tree Arbor”, phrases of which I used in my wedding program), or if you’re looking for something raw and different, dig into The Birthday Party’s “Junkyard”.