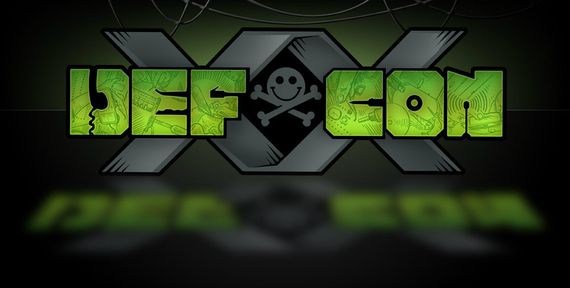 UPDATE: since yesterday was May 28th, I submitted this proposal late last night, along with another one covering a new project I’m toying with called blackGATE, more on that in a bit. Below you’ll see the extended outline that roughly sketches out what I’ll be covering in the talk.

The DEF CON© CFP (Call for Papers) is open now until May 28, 2012, so this year instead of writing up my CFP proposal on a wiki like I did last year, I’m just going to do it here and update it as I go until I submit it. This idea was presented to me by @thepres98, who I enjoy reading, but as you can see he is a bit further along than me and already has his talk, Flex Your Rights: The Constitution & Political Activism in the Hacker Community, up and ready for review. Last year I was honored to speak at DC19, my talk Taking your ball and going home was well recieved and an amazing experience for me. After attending DEF CON for 5 years, this was only my 2nd proposal I submitted for a talk, and it was approved. After using Dropbox for a time and learning about their privacy issues, I started doing more research on the topic and started up Lipsync as an open source alternative. After encouragement on Twitter from @videoman to just ‘have fun with it’, I wrote up an extended outline and submitted it. It’s with this idea that I move forward with my propsal for this year, so I dreamt up a title page and got cracking; the working title is 0nline Privacy In The Year of The Dragon. 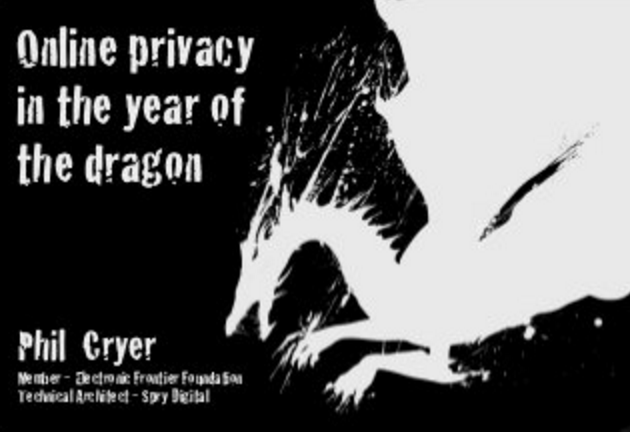 User’s privacy online is constantly changing, witness Google’s March 1st consolidation of their privacy polices, the ever changing Facebook privacy policies or how commerce determine the ways policy changes for other entities - then note the lack of any opt-out when these changes occur. The important thing here is that companies are doing this not for the benefit of the user, but for the benefit of the shareholders of the company, and if they can do this now, they can do this later, or whenever suits them. Simply, a fair user policy today can change tomorrow. These changes to policies or features are designed to make user’s data, and their interaction with the site, more profitable for the company. Knowing this should signal an alarm for everyone to understand HOW their data is being stored and USED. We’ll look at recent developments this year that cause concern among privacy advocates, while poking fun at some of the silly ways these new measures are sold to the populace, then we’ll cover what can be done, to increase users’ privacy online with common sense and open source software.

What can be done to improve this?

Clean up our social exposure

Cleanup what you can

If this stuff concerns you - Get involved, speak out, use tools/techniques outlined here, tell others, make noise about it! And now, the 2nd annual handout of Tootise Pops at the front of the stage, always a great ice breaker! 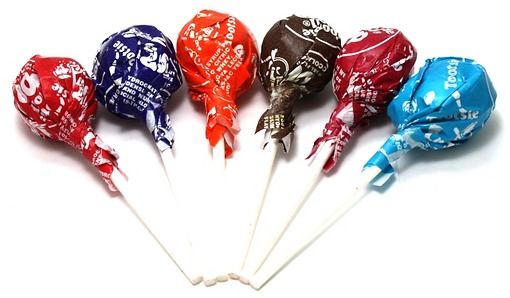