So while it's not a secret, no one I talk to ever knows what the Hyperkin Retron 5 is, or why its release has been so anticipated by old school gamers like me. Basically, Hyperkin has released other "Retron" models that play the old 8-bit Nintendo Entertainment System (NES) and the Super Nintendo Entertainment system, with varying degrees of success, but with their latest release, Retron 5, they promise compatibility with *ten* classic gaming system cartridges: NES, Famicom, Super NES and Famicom, Sega Master System, Genesis and Mega Drive, and Game Boy original, Color and Advance. The rumored price is $99 USD, but even if it is twice that it will be a steal, since I've toyed with the idea of buying an old NES and SNES before. I read that the system may be running Android, but what I do know is that you can use all of the original controllers, which is a huge plus, and can do things like save the games. 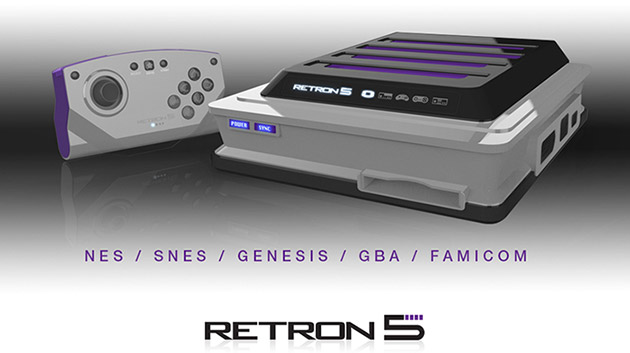 So, unfortunately the release date, December 10, 2013, has been pushed back again, but this time it's an actual physical issue with the unit, "Hyperkin has delayed the RetroN 5 release due to faulty pins discovered in some packaged units", which tells us that production has occurred! Now it's slated for Q1 of 2014, and this time they have better chance of hitting it. Check out Engadget for more details on the system, until then I'll be clearing space and watching eBay auctions for old games and controllers! 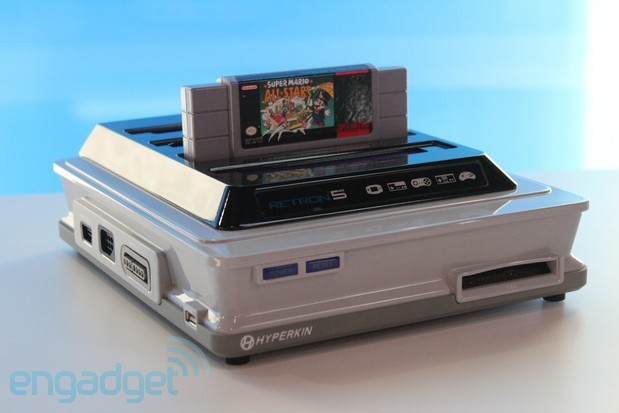