While Edward Snowden may be hiding in Russia, he understands and thinks about the freedoms American’s take for granted everyday. In a recent Reddit AMA he succinctly described why he is such a firm believer in privacy, giving his argument against the often heard, “I don’t care if they violate my privacy; I’ve got nothing to hide”. 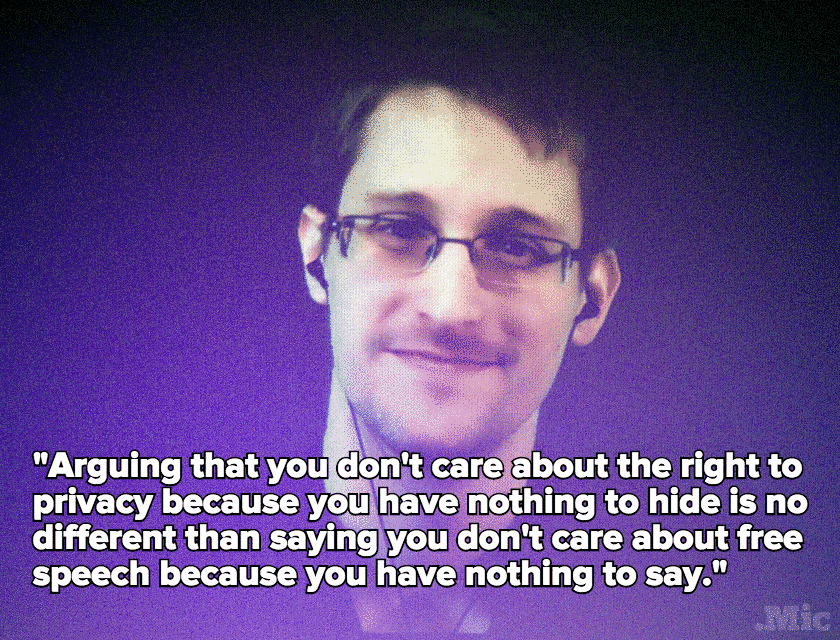 The take-a-way from this: the right to privacy, just like the right to free speech, is fundamental for all Americans.