In a recent article, the magazine Rolling Stone tries to list the 100 Greatest Songwriters of All Time, and while any list that a audacious will have it’s detractors (and there is much to criticize in this one), it’s refreshing to see the songwriting tandem of Morrissey and Marr getting the props they deserve. Breaking in at #67, the post features some very nice quotes from Marr about Morrissey, and a photo of the pair of key Smiths that I’ve never seen before. Here are both, for review. 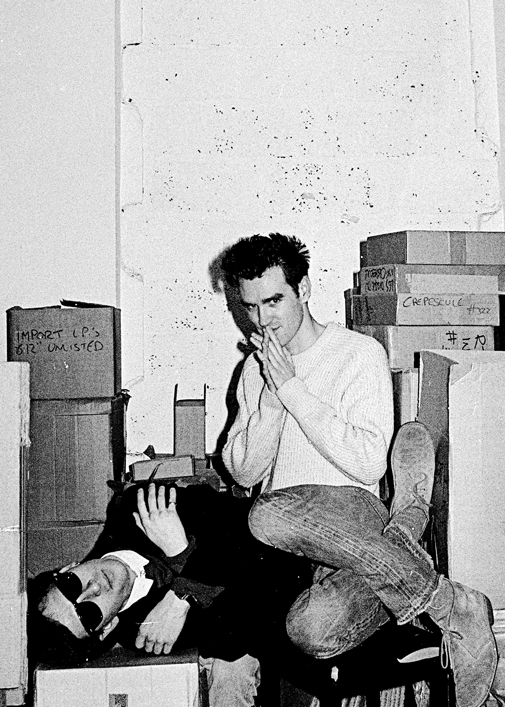 “I really believe he’s one of the best lyricists there’s been," guitarist Johnny Marr said about his songwriting partner in 1989, just after the Smiths’ breakup. “I don’t think anyone’s got his wit or insight or originality or obsession or overall dedication." Together, in less than four years, the duo wrote more than 70 songs, with Marr working as arranger and producer and Morrissey navigating whole new worlds of misery and disaffection, often with much more wit than he got credit for at the time. Morrissey’s lyrics went hand-in-glove with Marr’s gorgeously-detailed melodies: the lilting car-wreck fantasy “There Is a Light That Never Goes Out,” the Bo Diddley-in-space wallflower anthem “How Soon Is Now?,” the homoerotic Afro-pop of “This Charming Man,” the nouvelle vague folk of “Please Please Please Let Me Get What I Want,” and on, and on, and on. The more you listen, the clearer it becomes that Marr isn’t exaggerating.