I’ve been visiting, and buying music at record shops since the late 1970s, in fact, I still have some records my Pops bought me back when we’d go to Streetside Records (RIP), at 742 N Ballas Road, Saint Louis, MO 63141, but then I spent some time at the Columbia, MO outlet when I went to school down there. Factiod: that’s where I bought all the original cds from The Smiths.

Of course since then I’ve been going to as many shops as I can, and locally (in Saint Louis) we have many good ones, but of course there are some amazing ones I’ve hit over the years during my travels. I’ve often said that going to a record store is my version of going to church. I’ll spend hours there, get lost in my own thoughts, explore what’s available, and talk with others that are similarly afflicted to (still) buying records, and CDs. I wanted to start a list of shops I like so that I have links to refer to when I’m looking for something I can’t find locally, and want to order it from another independant record shop, as one does. I’ll list a few shops that I’ve ordered from, but haven’t visited (yet) as well. 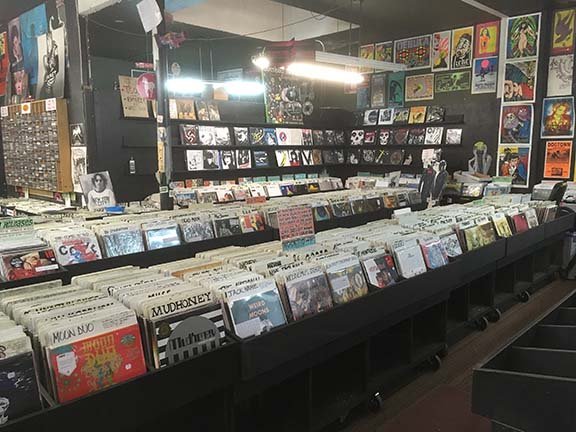